Frank A. Chambers (1885–1951) was a founder of the Smoke Prevention Association of America, a forerunner of the Air & Waste Management Association, and was instrumental in building the foundation for A&WMA. His pioneering ideas for smoke control were employed by many cities across the United States. The Frank A. Chambers Excellence in Air Pollution Control Award is presented annually by the Association for outstanding achievement in the science and art of air pollution control. It requires technical accomplishments considered to be major contributions, the merits of which have been widely recognized by persons in the field. The coverage is intentionally broad, since it recognizes achievement in any line of technical endeavor in air pollution control, from pure research to applied science.


A&WMA presents the 2020 Frank A. Chambers Excellence in Air Pollution Control Award to Armistead (Ted) Russell, Ph.D., for his contributions in the area of air pollution research and development.

Professor Armistead (Ted) Russell is the Howard T. Tellepsen Chair and Regents’ Professor of Civil and Environmental Engineering at the Georgia Institute of Technology, where his research is aimed at better understanding the dynamics of air pollutants at urban and regional scales and assessing their impacts on health and the environment to develop approaches to designing strategies to effectively improve air quality. He and his group have conducted air quality modeling, field experiments, and air quality data analysis across scales, including policy-oriented studies in the southeastern United States and Texas regions. His work has led to the development and application of source impact approaches for both ozone and particulate matter. He earned his M.S. and Ph.D. degrees in Mechanical Engineering at the California Institute of Technology (Caltech), conducting his research at Caltech’s Environmental Quality Laboratory. His B.S. is from Washington State University.

Dr. Russell has served as a member of multiple U.S. Environmental Protection Agency’s (EPA’s) committees, including the Clean Air Science Advisory Committee (CASAC). He chaired the CASAC NOX-SOX, Secondary National Ambient Air Quality Standards review panel, the Ambient Air Monitoring Methods Subcommittee and the Council on Clean Air Compliance Analysis’ Air Quality Modeling Subcommittee, and was a member of EPA’s FACA on Ozone, PM and Regional Haze. He was a member of the National Research Council’s Board on Environmental Studies and Toxicology, and served on thirteen of its committees, including the panel that wrote “Rethinking the Ozone Problem in Urban and Regional Air Pollution”, and chaired three, including the Committee on Carbon Monoxide Episodes in Meteorological and Topographical Problem Areas. He currently serves on the Health Effects Institute’s Energy Committee and previously served on its Report Review Committee. He currently serves on A&WMA’s publication committee and regularly contributes to the best thesis and Arthur C. Stern Distinguished Paper awards. He was an Associate Editor of the journal Environmental Science and Technology and co-directed the Southeastern Center for Air Pollution and Epidemiology.

Dr. Russell currently co-directs the National Science Foundation-funded Integrated Urban Infrastructure Solutions for Environmentally Sustainable, Healthy, and Livable Cities network. He recently was part of a team that was awarded the Federal Highway Administration’s Environmental Excellence Award for an Air Quality project. One of his over 300 publications was a Nature Communications Top 50 Chemistry and Materials Sciences article, and another was Paper of the Year in Frontiers of Environmental Science and Technology. Other awards include the China Academy of Science President’s International Fellowship for Distinguished Scientists and the Distinguished Alumni Award from Washington State University. He is a National Associate of the National Academies. 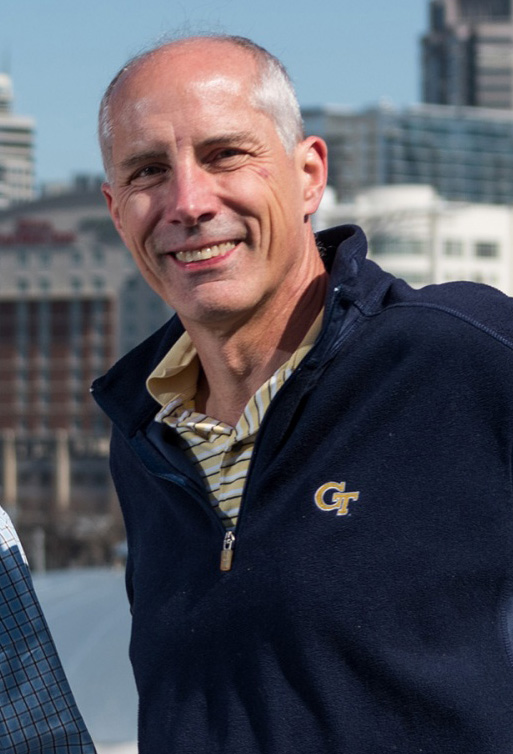