The Outstanding Young Professional Award was inaugurated in 2008 and recognizes an individual or individuals who are pursuing excellence in their careers and have made a valuable contribution to A&WMA by serving in a leadership position. To be eligible, a candidate must be a young professional working in the environmental profession. A young professional is defined by the Association as being 35 years of age or younger.

A&WMA commends the following individuals and awards them the Outstanding Young Professional Award in 2020:

JASON R. KRAWCZYK
Jason R. Krawczyk is a Senior Consultant for ERM out of their Indianapolis, Indiana office and specializes in New Source Review air permitting and environmental compliance. He is incredibly grateful for the opportunity ERM has given him to continue to serve the A&WMA in his various roles. Previously, Mr. Krawczyk spent over a decade with the Indiana Department of Environmental Management (IDEM) writing air permits, managing his own air permitting section, and working on Indiana’s coal combustion residuals rule and subsequent owner liability non-rule policy document. He holds a Bachelor of Science in Environmental Economics and Policy from Michigan State University. Mr. Krawczyk has been married since 2010 to his wife Deanna and they have three children together; Amelia (6), Nolan (4), and Cora (1). Without the support of his family, Mr. Krawczyk would not have been able to support the Association in the numerous capacities he has.

Upon starting his entry-level position at IDEM, a co-worker invited Mr. Krawczyk to an Indiana Chapter of the A&WMA (INA&WMA) local event.  Having never heard of the A&WMA, and being new to Indianapolis, he decided it would be a great way to meet new people. Little did he know, this introduction to the A&WMA would shape his future for years to come.  Just a few months after his first local A&WMA event, the same co-worker asked Mr. Krawczyk if he would be interested in running for a Director at Large position which was going to be vacated on the INA&WMA board and also offered to nominate him for the position. Mr. Krawczyk accepted the nomination and was subsequently elected as Director.

At the end of his Director term, the Indiana Chapter’s Chair position became vacated midway through its elected term. Mr. Krawczyk was elected to the position through a special election and attended his first Leadership Training Academy (LTA) that year. While there, he met some very positive influences that helped shape his career development. In addition, he was able to utilize the trainings he learned at the LTA to become a better manager in his supervisor role at IDEM.

From his experience in his first elected position on the INA&WMA’s board, his appreciation for the Association and its members has grown exponentially. He has met numerous friends, colleagues, and confidants over the years through the A&WMA leadership roles he’s held, specialty events he’s participated in, and the Annual Conferences and Exhibitions he’s attended. He would like to use this opportunity to thank just a very small handful of those individuals that have had the greatest impact on him: Michele Gehring, Jim Walker, Jennifer Tullier, Paul Algu, and Dave Jordan.

Mr. Krawczyk has only been a member of the A&WMA since 2009. Since 2010, he has served as Director at Large (INA&WMA), Chair (INA&WMA), Past-Chair (INA&WMA), Special Director (INAW&MA), Vice-Chair of the A&WMA’s East Central Section (ECS), Chair (ECS), Past-Chair (ECS), as a Director on the Association’s Board of Directors (BOD), and starting in 2020, as a Vice-President of the BOD and member of the BOD’s Finance Committee. Mr. Krawczyk has also served the Technical Council as Vice-Chair of the Economics, Partnering and Environmental Leadership Technical Coordinating Committee (EPE TCC), Chair (EPE TCC), and Vice-Chair of the Program Administration Division (EP). Mr. Krawczyk is an active participant in the A&WMA’s Sections and Chapters Council.

In addition to his work with the A&WMA, Mr. Krawczyk is on the Board of Directors for the Central Indiana Technical and Environmental Societies and is a member of the American Foundry Society’s Air Quality Committee. He looks forward to continuing to serve the A&WMA in any and all capacities and is extremely appreciative of this honor. 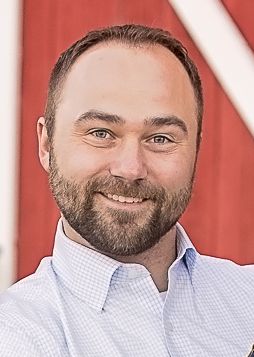