A&WMA presents the Fellow Grade of Membership to Rob Farber in 2022.

Robert “Rob” Farber graduated from Yale University with a BS degree in Chemistry and Physics in 1968. Attending the University of Washington in Seattle from 1968 to 1976, he earned an MS in Atmospheric Sciences in 1973. Flying through numerous storms to collect data during those years, his thesis was cloud seeding the storms of the Cascades. He also earned his PhD from the UW Environmental Engineering Department in 1976, completing a dissertation that involved building and operating an ambient NH3 monitor.

In 1976 he returned to his home in Los Angeles. There he joined the Southern California Edison (SCE) Environmental Research group in 1977 as an air quality meteorological research scientist. In this timeframe, visibility became an important air quality issue in the US. People expected good visibility and clear air when visiting national parks and wilderness areas.

The national visibility goal, established in section 169A of the Clean Air Act Amendments of 1977, requires the “prevention of any future, and the remedying of any existing, impairment of visibility in mandatory Federal Class I areas which impairment results from manmade air pollution.”  In that timeframe, about 160 Class 1 areas were created, one of which was the Grand Canyon. SCE operated a 1600 MW coal-fired Mohave Power Plant (MPP) about 130 km from the west end of the Grand Canyon and was confronted with the major air quality issue of determining if sulfate from its power plant impacted the Grand Canyon.

As SCE’s lead visibility expert, Farber worked with consultants more than 20 years to develop new and useful quantitative methods for stack emissions and downwind aerosols. AWMA became an important support for these challenges. It played a key role in hosting unique visibility specialty conferences every 3-4 years at many Class I visibility protected locations throughout the US. AWMA also established a Visibility Technical Committee which was responsible for sponsoring and organizing these conferences. Farber became the “permanent” secretary of the Committee in 1980. Technical, scientific, and policy papers addressing visibility are consistently presented at annual “ACE” meetings.

Farber’s research also focused on issues in the Los Angeles (LA) Basin, where SCE operated several oil and gas fueled power plants. The utility’s research group was at the cutting edge of air quality research. SCE’s guiding principle was to establish the scientific foundation so the company could make the most cost-effective decisions for reducing emissions. With help from consultants, the research group developed new instruments for more accurately measuring organic aerosols. Organic aerosols are a major player in visibility challenges and have become even more important with the wildfire epidemic throughout the drought-stricken regions in the world, including the western US.

Farber’s work also helped improve nitrate measurements. Through airborne and ground sampling in the LA Basin, quantitative techniques were developed for determining the relative importance of elevated power plant plumes and emissions in a stably stratified environment.  During the spring through fall months, the LA Basin has a semipermanent marine layer under the warmer inversion. With help from consultants, Farber developed new source apportionment techniques for quantifying pollution source contributors throughout the LA Basin. These novel techniques were also used in the desert environment at MPP.

In 1992 farmers from the desert service area approached SCE about blowing dust in the western Mojave desert, where soil is typically sandy loam from decomposing granite mountains.  At fairly low wind speeds of 14 m/s, the soil dust is suspended into the air through the saltation process. SCE joined this large diverse group who called themselves the Dustbusters. Farber became head of the Dustbusters’ research section in 1995. In the past 30 years, this group has developed and implemented many blowing dust mitigation measures. Farber presents an annual paper of the latest results at AWMA ACE. AWMA also hosts a fugitive dust session at the AWMA visibility specialty conferences. Blowing dust has become an important issue for areas with disturbed arid landscapes such as the western US.

Farber was instrumental in developing unique and superior techniques for forecasting the marine influence on coastal temperatures for California. He also helped improve wind forecasting for large wind farms such as Tehachapi and San Gorgonio.

When SCE downsized in 2013, its Environmental Research Group was shuttered after nearly 40 years of work and Farber retired. At that time Farber established Atmospheric Clarity consulting firm. Through his firm, Farber supports the continuation of Dustbusters, which has become increasingly important because of the development of large solar farms in the desert.  He participated as a team consultant in forecasting weather for CAISO, the government agency that controls the electric grid for California. He continues to serve on the technical and research committees for the South Coast Air Quality Management District in LA.

Farber says that AWMA has played a very positive role in his research career, offering him an inviting platform for research technical papers and manuscripts in the Journal.  ACE and AWMA specialty conferences have provided him with opportunities to network with a lasting large group of dedicated technical colleagues. 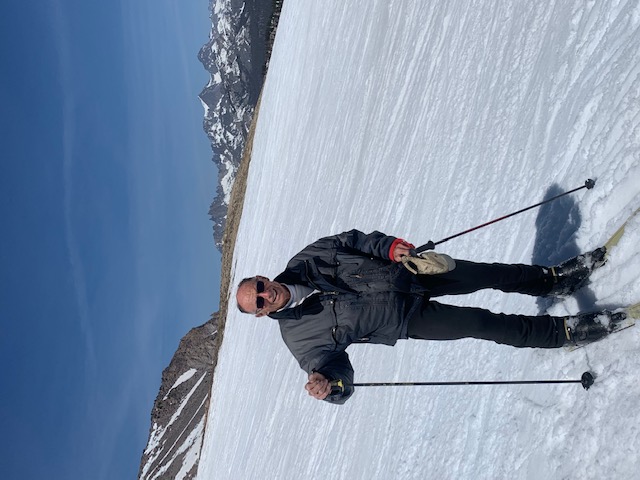