The Charles W. Gruber Award, established by resolution of the Board of Directors on May 2, 2003, is for an individual who has provided outstanding service to A&WMA by serving in leadership positions at both national/international and local levels and who has contributed to the achievement of the mission and objectives of the Association. To be eligible for the award, an individual must have been a member of the Association for at least 15 years and made a sincere, constant, and unselfish effort over that period of time, and in a manner best suited to his/her own resources, for the betterment of the Association. The nominator must also be a current A&WMA member.

Charles W. Gruber (1910-2001) was a pioneer in the field of air pollution control. His contributions to the field of air pollution control and the Association were numerous and significant. He joined the Association in 1938 and made important contributions during the transitional years from 1948 to 1952, when the Association was transformed from a relatively closed smoke-oriented organization to one that addressed in name, philosophy, and structure the broader dimensions of air pollution control. In 1950, he became the first president of the reorganized and renamed Association. During his term of office he conceived of the present technical committee structure and guided its development through the early years. He was a member of the Board of Directors from 1949 to 1952 and again from 1959 to 1962. His remained active with the Association after his tenure on the Board. In 1960, Mr. Gruber was General Conference Chair of the first annual meeting to be held in Cincinnati, chair of the By-Laws Committee in 1964, and chair of the membership committee from 1952 to 1955. He served as chair of the Air Pollution Measurement Committee, and later chaired the Control Technology Division of Technical Council from 1970 to 1973. He also served on the Council's Gas and Odors Committee. In 1964, he became the first air pollution control official to be given the Frank A. Chambers Award for outstanding achievement in the science and art of air pollution control. In 1980, on the 40th anniversary of his membership and active support, the Association awarded Mr. Gruber Honorary Membership "in view of his untiring and continuing contributions to the organization." Any Association member can make nominations for this award.

A&WMA presents the 2018 Charles W. Gruber Association Leadership Award to Paula J. McLemore, a Fellow member and Past President of the Association.

Paula J. McLemore has been a member of the Association for more than 35 years, and has served two terms on the A&WMA Board of Directors. During her first term, McLemore chaired the Finance Committee and served as Vice President. During her second term, as President Elect, she focused on strengthening the Canadian organization and expanding the Mexico program, including sponsorship of the North Mexico Section. She also updated the Policies and Procedures Manual. As Association President in the 1995-1996 term, she served as the Association’s representative to NAFTA’s Commission on Environmental Cooperation (CEC) under the Joint Pollution Advisory Committee (JPAC). In addition, she worked to expand and strengthen the Association internationally in Europe, Asia, the Middle East, and South America, including sponsorship of the Brazilian Section. She also worked with the leadership of sister organizations to build support for the Qualified Environmental Professional (QEP) certification, and championed efforts to translate and distribute the Air Quality Manuals in Latin America.

McLemore has actively participated in the Association and sought leadership roles since she joined in 1979. As a member of the St. Louis Section, she served on the Board of Directors as Membership Chair and Program Chair, participated on the Copley Award Committee, and co-chaired an Air Dispersion Modeling Specialty Conference (the first ever to make a profit) in 1981. Concurrently, she engaged at the national level, co-chairing a session and agreeing to serve in the leadership of a technical committee at her first annual conference. Shortly thereafter, she became Vice Chair of the Basic Science and Technology Division, where she helped found the Indoor Air Quality, Air Toxics, and Hazardous Waste Committees.

Upon moving to Texas, McLemore became involved in the Southwest Section, where she helped develop the Section/Chapter model that is in place today to more effectively meet the needs of members across the multi-state Section. She served in numerous positions in the Gulf Coast Chapter, including Chair, and subsequently as Southwest Section Chair for two separate terms. At the national level, she facilitated a number of efforts to help expand the footprint of the Association in response to industry requests to address broader environmental issues, especially waste management and remediation. As an active member of the Waste Committee, she helped spearhead the transition of the Association to this broader focus in the mid-1980s by helping facilitate the name change from the Air Pollution Control Association (APCA) to the Air &Waste Management Association (A&WMA), serving as Vice Chair of the new Waste Division, and developing and chairing technical sessions to introduce waste management issues to the broader membership.

A significant advocate of the value the Association network provides, McLemore recognized early on the limited diversity of the Association and actively promoted both APCA, and subsequently A&WMA, to students, young professionals, and women. She championed the formation of Student Chapters, as well as the Committee for the Professional Development of Women, which was critical to ensuring success of the Association’s international expansion goals.

McLemore earned bachelor’s and master’s degrees in environmental science and engineering under the President’s Degree program at Southern Illinois University in Carbondale, Illinois. Throughout her career, she has worked in government; industry, including the petrochemicals, oil and gas, and environmental services sectors; and consulting. In addition to her strong environmental management expertise, she has significant expertise in health, safety, quality assurance, and crisis management. She is a recipient of the Floyd D. Gottwald Award for performance improvement from Ethyl Corporation and the Albemarle Performance Excellence Award. She is an A&WMA Fellow and Honorary Member of the Association.

Outside A&WMA, McLemore was a charter member and division chair of the U.S. Environmental Protection Agency’s (EPA) American Institute for Pollution Prevention; served on the Texas Chemical Council Board for two terms, as well as the Texas Association of Environmental Professionals Board; chaired the environmental committee of the Greater Houston Partnership; was a loaned executive to the American Chemistry Council and Synthetic Organic Chemical Manufacturers Association in support of their Responsible Care programs; served on the East Harris County Manufacturers Association environment and communications committees; was the industry representative to the Galveston Bay Foundation; and a member of the Water Environment Federation and Chlorine Institute. She has testified numerous times before the Texas Legislature on behalf of Texas Chemical Council and Houston Chamber of Commerce (and subsequently, the Greater Houston Partnership), was a frequent guest lecturer for the University of Clear Lake master’s degree class on environmental management, and made multiple presentations on Management Strategies for Environmental Excellence at local, state, national and international venues.

All Winners of This Award 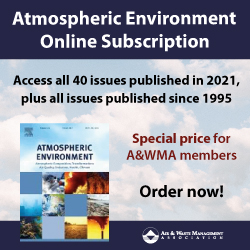