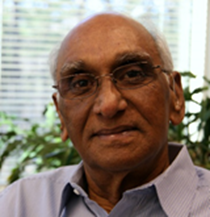 Dr. S. Trivikrama Rao, who served as Techical Editor-in-Chief for the Journal of the Air & Waste Management Association (JA&WMA) since 2012, passed away at his home in Cary, NC on November 25, 2021.

To his many friends and colleagues, he will be remembered as a researcher truly passionate about protecting human health and the environment, a leader dedicated to advancing the science used to support sound decision-making, building partnerships to leverage expertise and resources to addressing pressing environmental issues, and a generous mentor always willing to provide advice and create opportunities for colleagues.

Dr. Rao received a B.S. in mathematics, physics, and chemistry from Andhra Loyola College in 1962, a M.S. in Geophysics from Andhra University in 1965, and a Ph.D. in Atmospheric Science from the State University of New York at Albany in 1973. Following a year of post-graduate studies, he joined the New York State Department of Environmental Conservation (NYSDEC) as research scientist in 1974, becoming the Director of the Bureau of Air Research in 1985 and Assistant Commissioner of the Office of Science and Technology in 1996. During his time at NYSDEC, he also served as Research Professor at the State University of New York at Albany. In 2001, he joined NOAA as Director of the Atmospheric Sciences Modeling Division assigned to the U.S. Environmental Protection Agency (EPA), and in 2008 he transferred to EPA to become the Director of the Atmospheric Modeling and Analysis Division and served in that capacity until his retirement in 2012. Then, he continued to advance science by becoming the Editor-in-Chief of JA&WMA and served in that role until the time of his passing.

His research covered a large range of topics, including mathematical modeling of pollutant transport and dispersion, atmospheric dynamics, air pollution meteorology, air quality assessments, and statistical analysis of air quality measurements and model predictions. He led or co-led more than 25 externally funded research projects, published more than 250 papers and made countless presentations at scientific conferences across the world. During his time in Albany, he also taught graduate level courses and advised 14 M.S. and Ph.D. students.

Dr. Rao was recognized internationally for his contributions to science. He was an elected Fellow of both the Air & Waste Management Association (A&WMA) and the American Meteorological Society (AMS). He served on the editorial boards of several major international journals, and was a member of the National Academy of Sciences’ Board on Atmospheric Science and Climate during 2013-2016. He received Silver, Gold, and Distinguished Career Service Awards from the EPA, a NOAA Administrator’s Award, A&WMA’s Frank A. Chambers, Honorary Member, and S. Smith Griswold Awards, and AMS’s Award for Outstanding Contributions to Applied Meteorology.

His involvement with A&WMA spanned more than four decades and throughout this period, he contributed to the Association’s activities in advancing science to effectively address nation’s air quality issues and in facilitating interactions between the regulated and regulatory communities. These contributions took many forms. As author or co-author, he published extensively in JA&WMA, its predecessor Journal of the Air Pollution Control Association, and EM magazine. He provided leadership to A&WMA publications by serving on the JA&WMA Editorial Review Board (ERB; 2001-2010) and the Publications Committee (2010-2012). In addition, he was a founding member of EM’s Editorial Advisory Committee (EAC), serving from 2001 to 2010. He also coordinated a number of special issues for EM on topics including homeland security, interactions of climate change and air quality, air quality impacts on human health, multi-media environmental management, and exposure science. These special issues brought together perspectives from A&WMA’s different constituent groups on cutting-edge issues faced by environmental managers.

Possibly his most profound and long-lasting impact on A&WMA was his service as JA&WMA Editor-in-Chief from 2012 until the time of his passing. While serving as Editor-in-Chief, he raised the scientific stature of the journal as reflected in the increase of its impact factor, broadened its international scope, and led a push to increase geographic and gender diversity among Associate Editors. Moreover, he regularly invited well-recognized scientists to contribute review articles relevant to the journal and created special and virtual issues focusing on topics of particular interest to the environmental community. He also initiated the establishment of the annual Arthur C. Stern Award to recognize an outstanding journal article that has significantly contributed to the environment field. Thanks to these and other efforts and his close collaboration with Associate Editors, reviewers, ERB, A&WMA staff, and the publisher, JA&WMA is well positioned for continued success in the future.

As he expressed in his farewell letter that he wrote in anticipation of his planned retirement from his Editor-in-Chief position at the end of 2021 and that was published a few days after his passing, his guiding vision while leading JA&WMA was to make “it the world’s premier journal for policy-relevant research in the air quality and waste management fields” while hoping that the future would hold “even greater international recognition and stature” for A&WMA’s flagship publication. Dr. Rao will be remembered for his dedication to A&WMA’s mission, innumerable contributions to advance the science of air quality modeling and the enthusiasm and passion for everything he undertook. 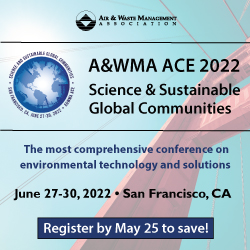