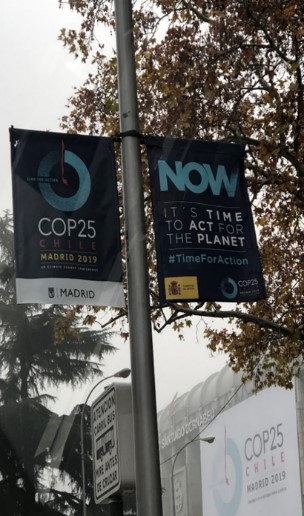 It is an honor to be here in Madrid attending COP25, representing the Air & Waste Management Association.  I arrived yesterday – late afternoon – and (after Lufthansa found my luggage) I was able to find my way to the event center and pick up my credentials.  As Michele has reported, the conference center is a massive facility, particularly compared to last year in Katowice, Poland.  I was especially impressed by the security surrounding the facility.

I hit the ground running by attending a Sunday morning briefing convened by the Climate Registry and Climate Action Reserve.  The audience included representatives from state and local energy and environmental organizations from across the US. The audience also included representatives from the California State Legislature. The briefing was designed to preview what we expect from the second week of the UN Climate Conference. 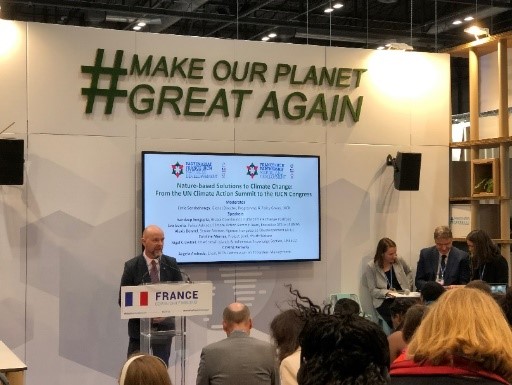 The theme of the conference, as Michele and Jeff have reported, is the need for stronger and more expeditious action – that the commitments made at, and since, the Paris Climate Accord in 2015 are not sufficient to address the existential threat that climate change presents to the planet.  While at COP26 in 2020, there will be a full accounting of country NDCs. There is already an understanding that these commitments will fall short of what will be needed to limit warming to 1.5 degrees Celsius, as set forth in the Paris Agreement.

Several state representatives described their efforts in developing and implementing GHG emission reduction programs.  These programs include a wide variety of efforts, including electric vehicle programs and renewable portfolio standards that have resulted in investments in renewable energy projects – to name a few.  Every speaker agreed that there is a need to formalize, recognize and account for these efforts by subnational (states) and sub-subnational (cities and air pollution control organizations) entities.  This is especially important as federal organizations, including the US, step away from participating in the Paris Climate Agreement. 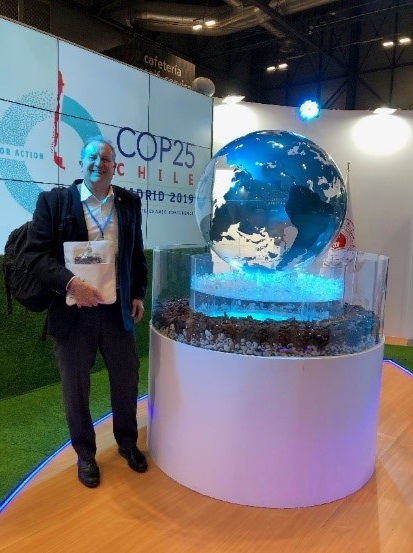 Another related point raised in this morning's briefing is that, while there are strong pushes for GHG emissions reduction investments and projects in many states, projects often run into opposition in communities already overburdened by sources of air pollution.  This is especially true in California.  Several speakers reviewed their experiences in siting solar and wind farms to meet state GHG goals.  These speakers found that community input and interest were critical to successfully developing and implementing their GHG programs and projects.

The briefing was but a short introduction of the discussions and events that are scheduled for the upcoming week.
More to come!