COP 26 — Get ready for COP26 with the conference overview and summary report from the Opening Sessions, complete with background information provided to set the stage.
Welcome to the A&WMA COP 26 Blog!
Mike DeBusschere, P.E. Reporting
A&WMA Observer Delegate to the UNCCC Conference of the Parties 26, Glasgow, Scotland

I am pleased to be again one of your delegates to the UN Climate Change Conference of the Parties.
This time I will be observing from my Louisville, Kentucky office via the COP26 video cam platform the first week of the conference. Brian Bunger of the Bay Area Air Quality Management District will be reporting from the second week. I have provided some basic GHG information:

Valuable GHG emission inventory tracking site run by the EU, with two examples of the data parsing they provide 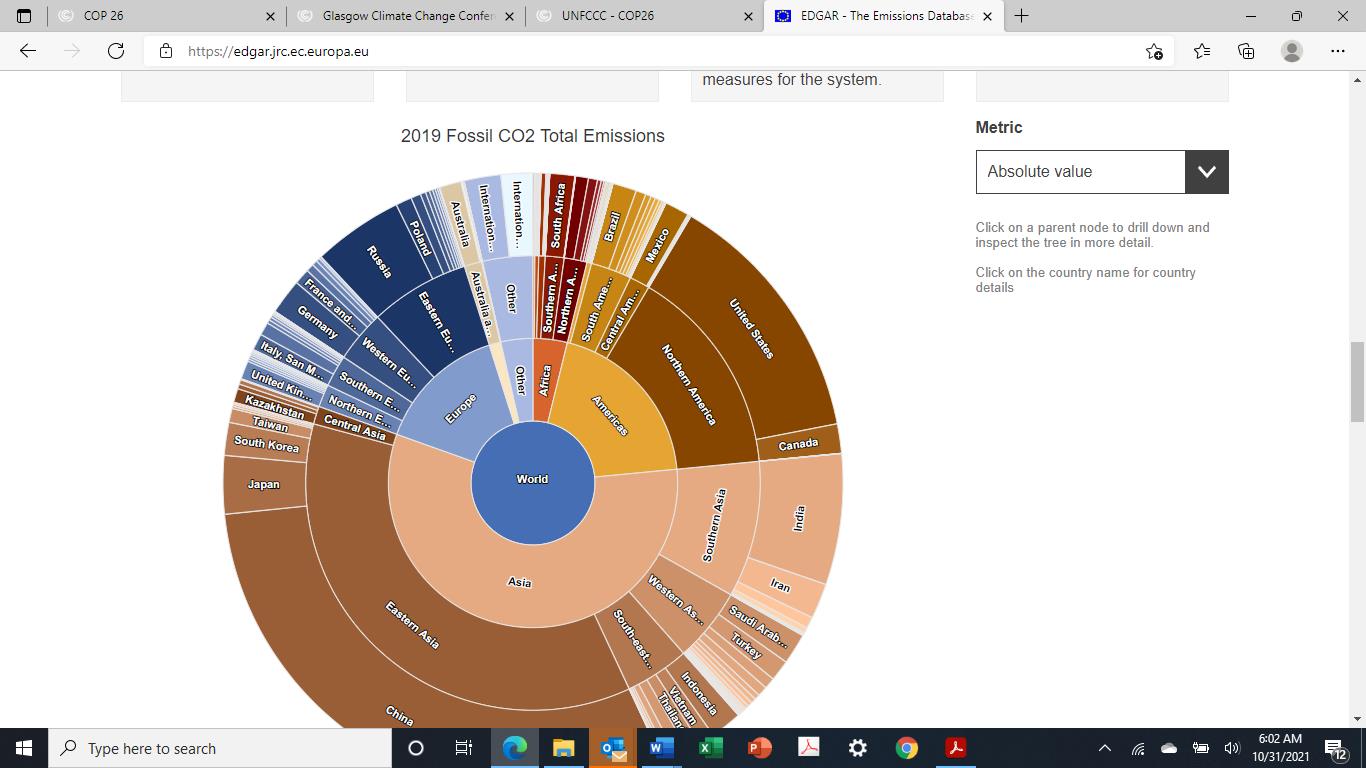 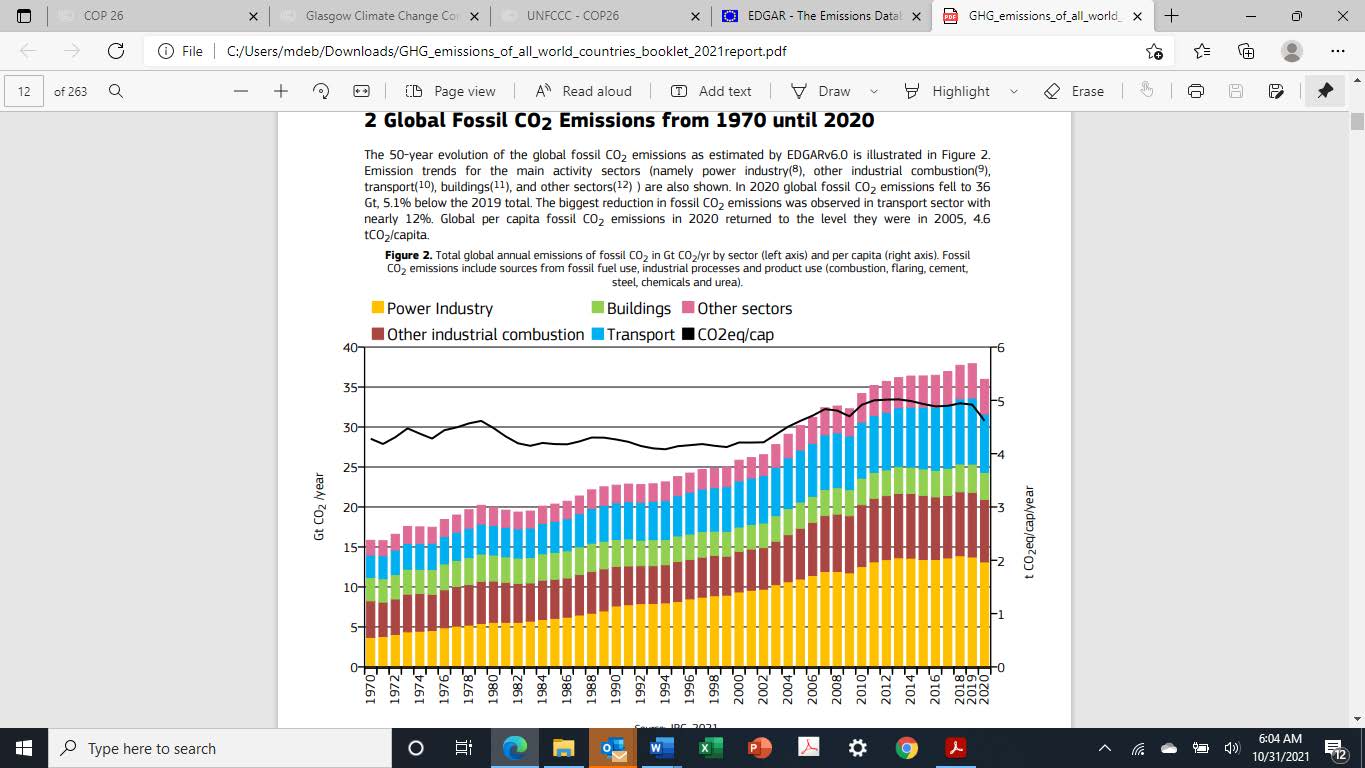 Atmospheric half-lives of the most prevalent GHGs – pretty shocking actually 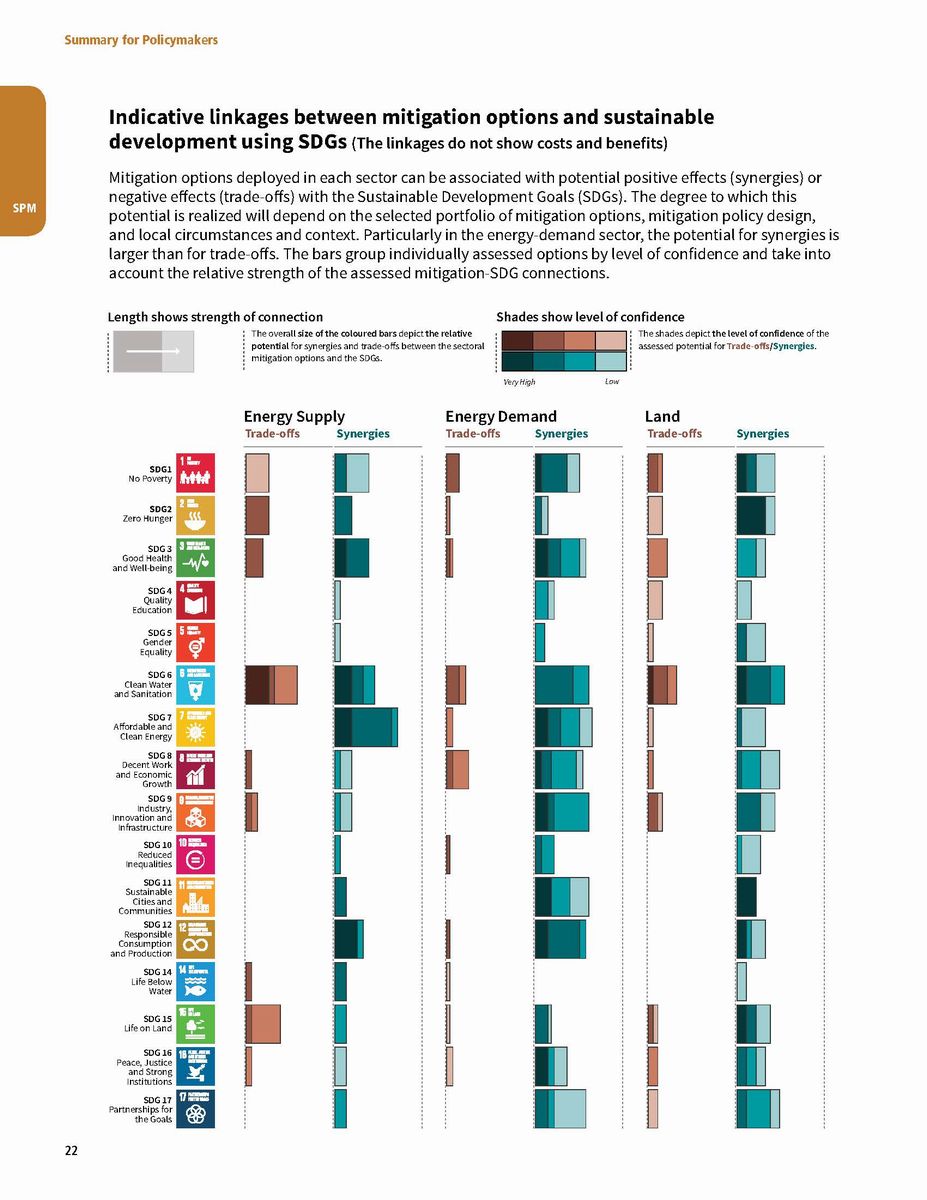 List of the Paris Agreement derived Sustainable Development Goal (SDGs) categories all nations are to use to develop their Nationally Determined Contributions (NDCs) – the commitments and schedule for reducing GHGs by each country. See the website for the The Intergovernmental Panel on Climate Change for more information.

The next two weeks at COP 26 aim to achieve the following goals: I hope you will follow this blog to join Brian and me for this important event!
Opening Plenary Sessions Sunday, October 31, 2021

After opening 2 hours later than scheduled the outgoing COP President (Chile) made a short introductory speech. She was followed by the Glasgow City Councilwoman Chair, the COP25 Chair (Spain) and the UNFCCC Chair (Italy). The COP26 President was elected, and he introduced the UN General Assembly President Antonio Guterres, making some definite strong statements such as “Facing an existential crisis, we're not doing enough and have still failed to act with the determination required”, and “I've heard most about climate change in my presidency from every world leader and it is the most discussed topis of my term”. He also stated there has been over $100 trillion pledged so far for implementation and mitigation. Sir David Attenborough presented a moving lecture with video on the effects of climate change from the last year.

A brief presentation by the IPCC Report Chair Mr. Lee was given where he stated the report was a “sobering read”, that climate changes are widespread, readily apparent in every region, are more frequent and severe and that the 1.5C and 2.0C goals will be exceeded unless “massive reductions are achieved in the near future”.  Rules of procedure were adopted.

About the Author. Mike DeBusschere, P.E. was President of A&WMA from June 2000 through December 2001. Before being elected President, he served as Section Council Chair and in several Board and leadership positions. He is a licensed chemical engineer and is President of Kentuckiana Engineering Company, an environmental consulting firm in Louisville, Kentucky since 1996. Before entering private practice, he was Acting Air Branch Chief of Region IV EPA, and led EHS regional programs at Camp Dresser & McKee, ERM and TRC. DeBusschere is an A&WMA Fellow