The first COP 25 blog covers the opening ceremonies, expectations, and initial thoughts from Michele and Jeff, plus technical sessions on Transparency and Ambition in NDCs, Transportation and Oil, and The Role of CDMs in Decarbonizing Cities.
Welcome to our official COP25 blog!
A&WMA has a team of delegates on the ground in Madrid to share updates on the political segments and bring you technical briefs on the latest in climate mitigation, adaptation, and strategy from around the world.
The relocation of COP25 to Madrid brings an interesting twist to the proceedings.  This is very much Chile's COP, hosted in Madrid.  While there are Spanish dignitaries addressing the audience, the billboards and signs features pictures of Chile and talk about Chile's climate action initiatives.  It really is quite impressive how quickly they were able to find a venue to host the meetings and how seamlessly they have integrated the two locations and setup the facilities.  The Feria de Madrid is a massive facility, dwarfing the venues that hosted COP24 in Katowice last year.  If it ever stops raining, we'll get some pictures of the outside of the facility for you so that you can appreciate what it takes to host this type of meeting. 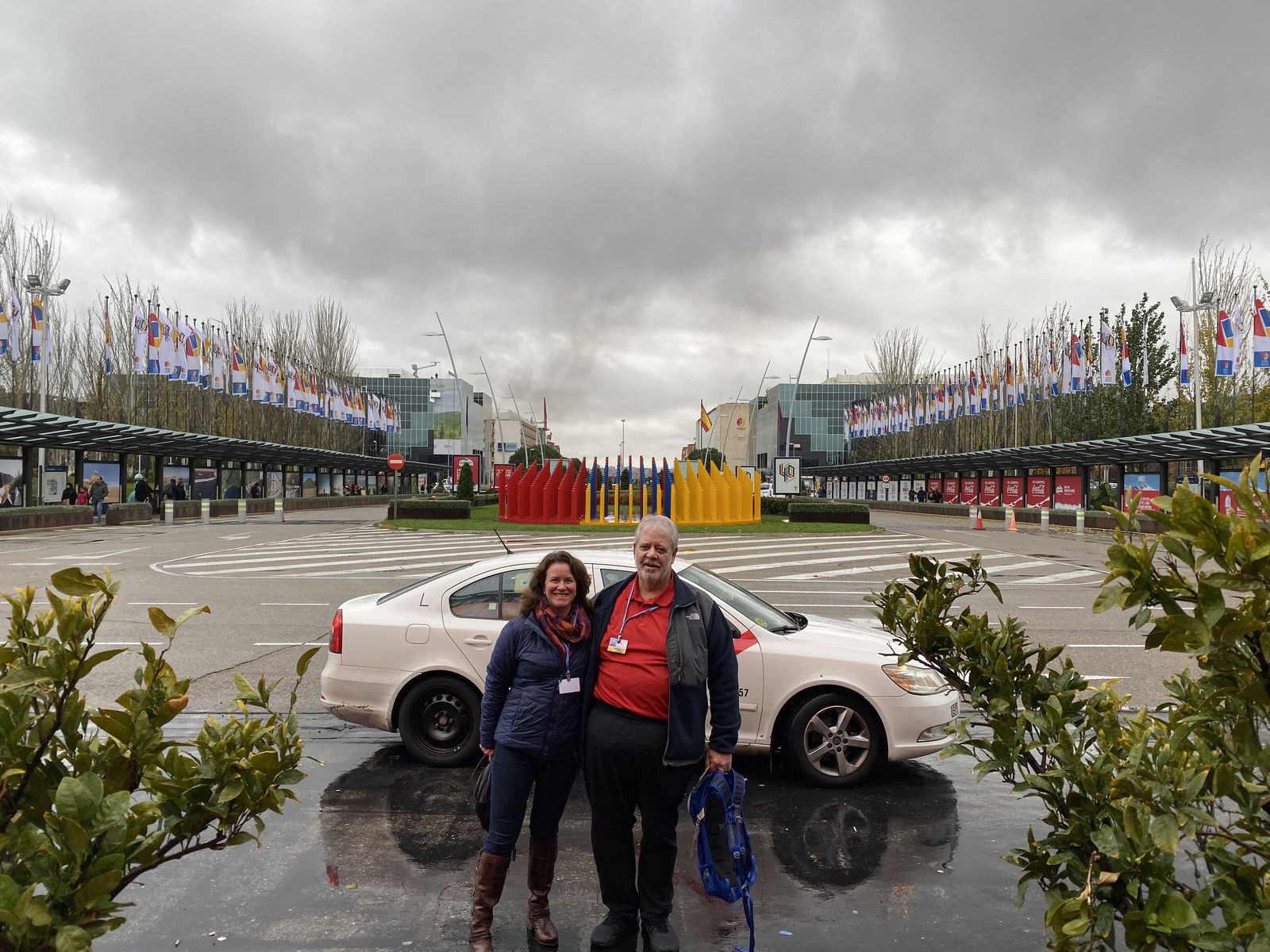 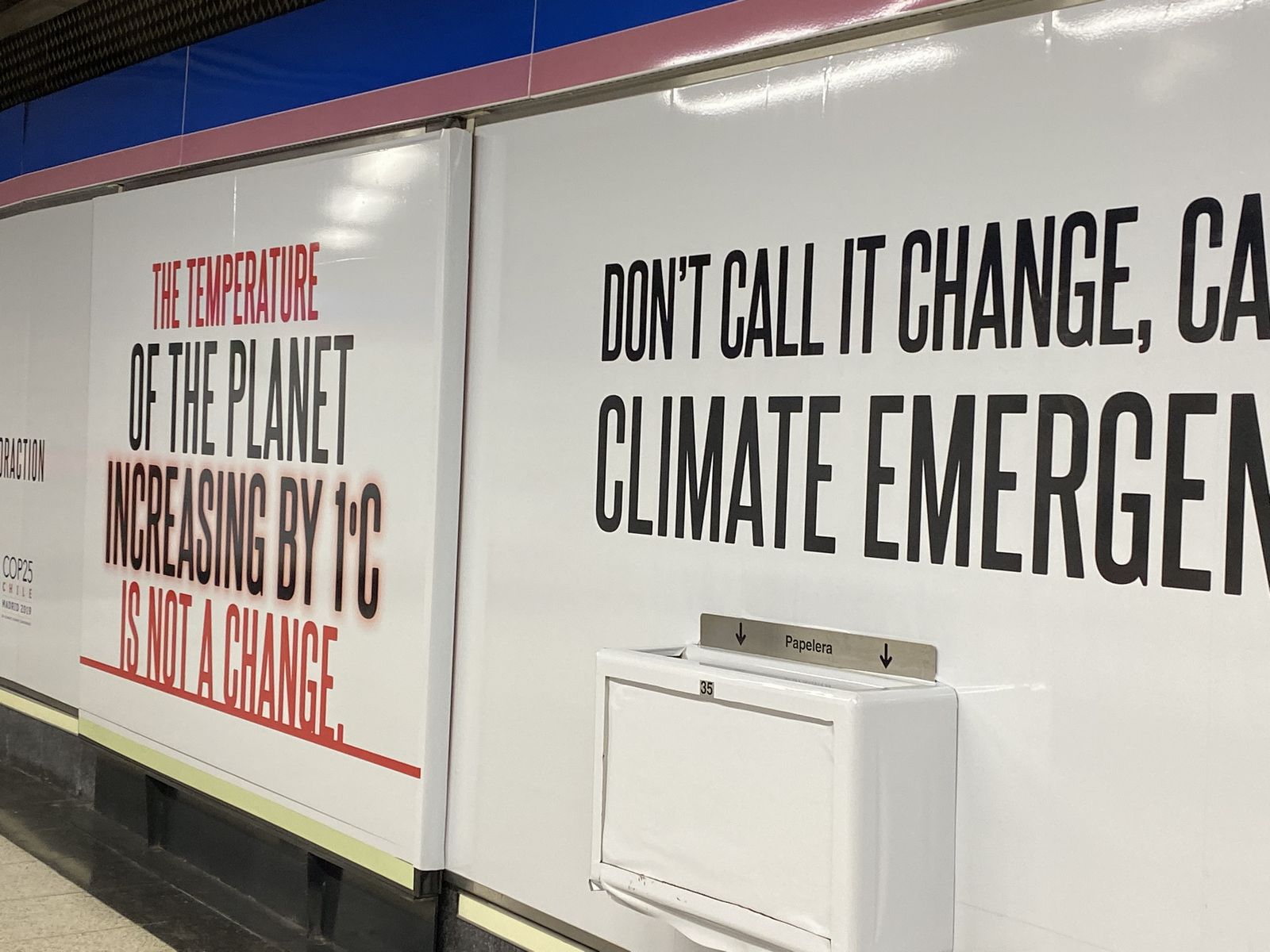 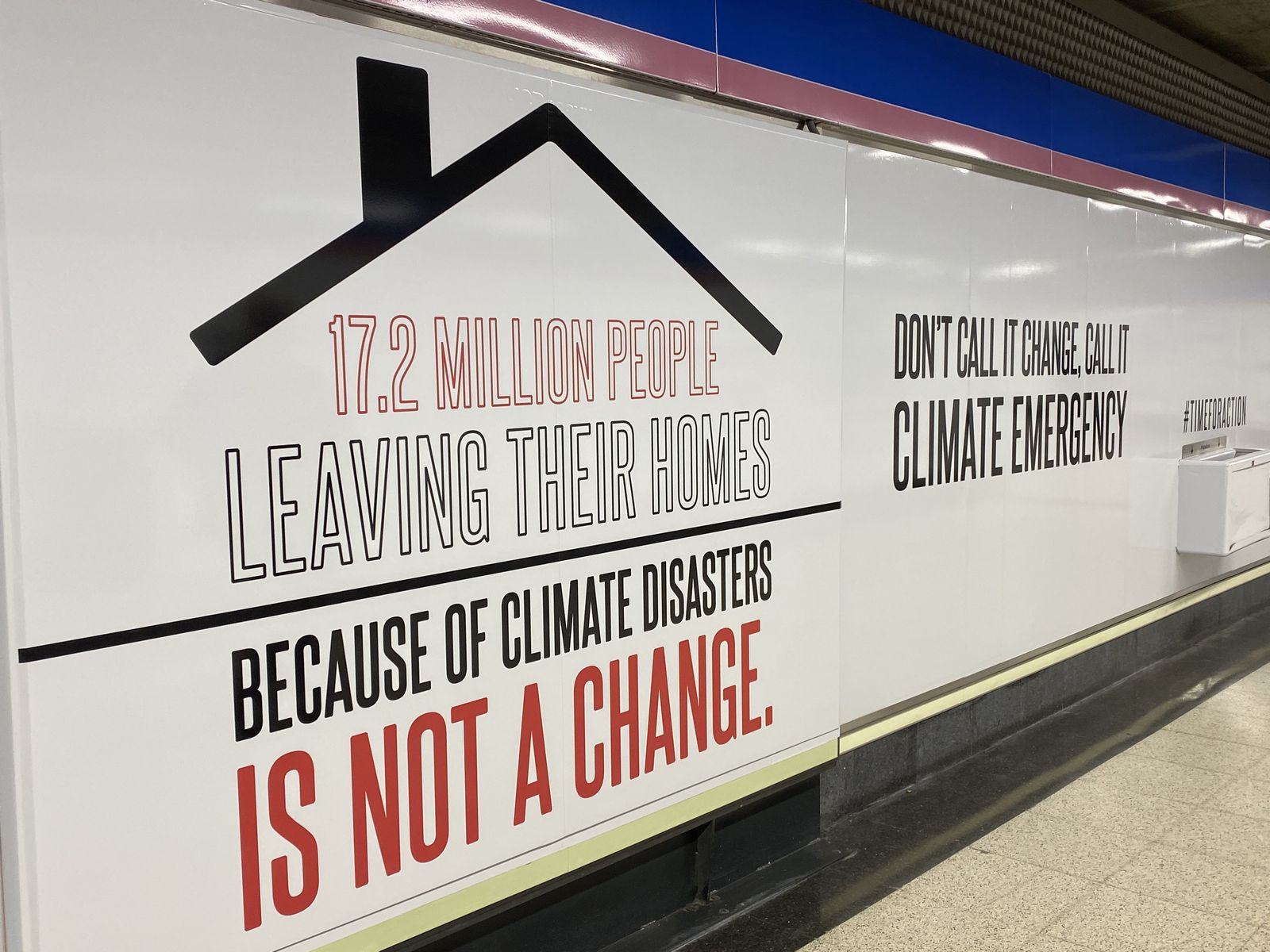 Adopting the Agenda
This morning was all about adopting the proposed agendas and officially opening COP25.  As is typical with any political meeting, something as simple as adopting an agenda was not without drama.  When it came to adoption of the CMA2 agenda—the meeting of the Parties to the Paris Agreement—there was significant discussion on the consideration of special needs and circumstances regarding Africa, as put forth in the Paris Agreement.  Honduras proposed to broaden the reach of the Paris Agreement segment by extending the special needs and circumstances to include not only Africa but also all developing countries, including Latin America states, that are “particularly vulnerable to the adverse effects of climate change under the Convention of the Paris Agreement.”  As you can imagine, a proposal that was seen by many as altering the concerns of the Paris Agreement was not well received.  After 30 minutes of continued debate, the President of COP25, Her Excellency, Carolina Schmidt, Minister of the Environment in Chile, reigned the negotiations back in and all agreed to adopt the agenda as proposed rather than further delay action under the Paris Agreement. 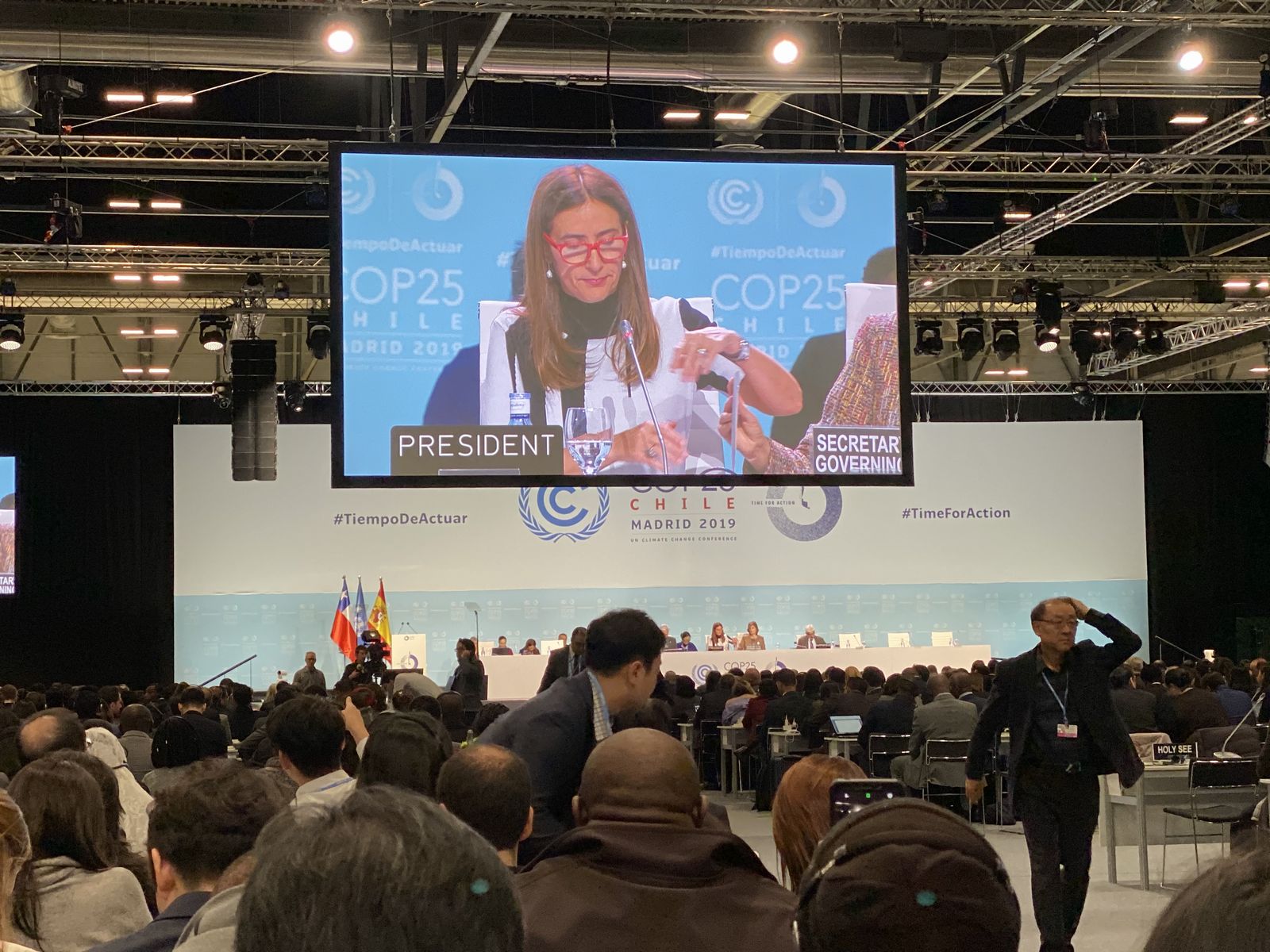 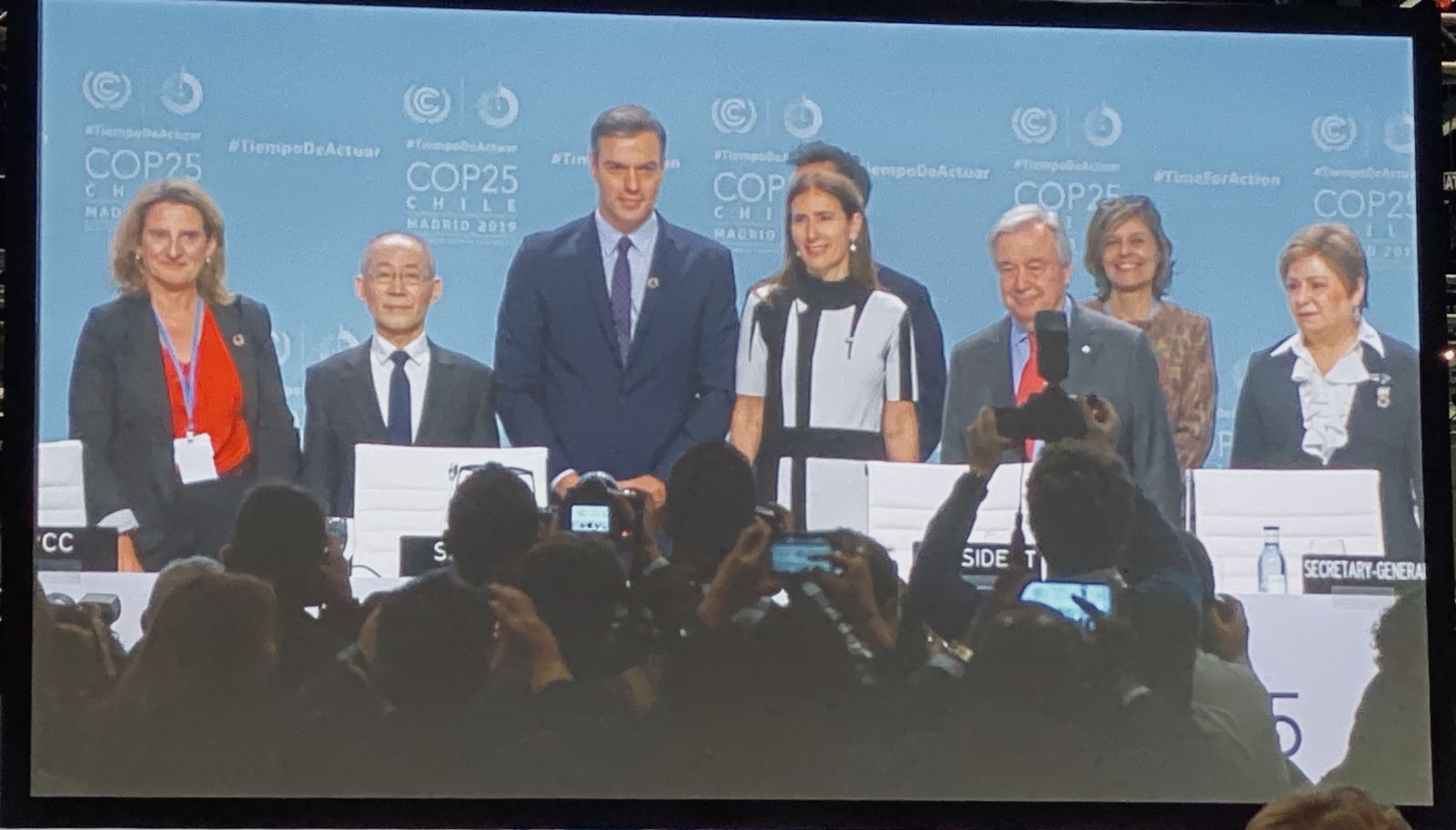 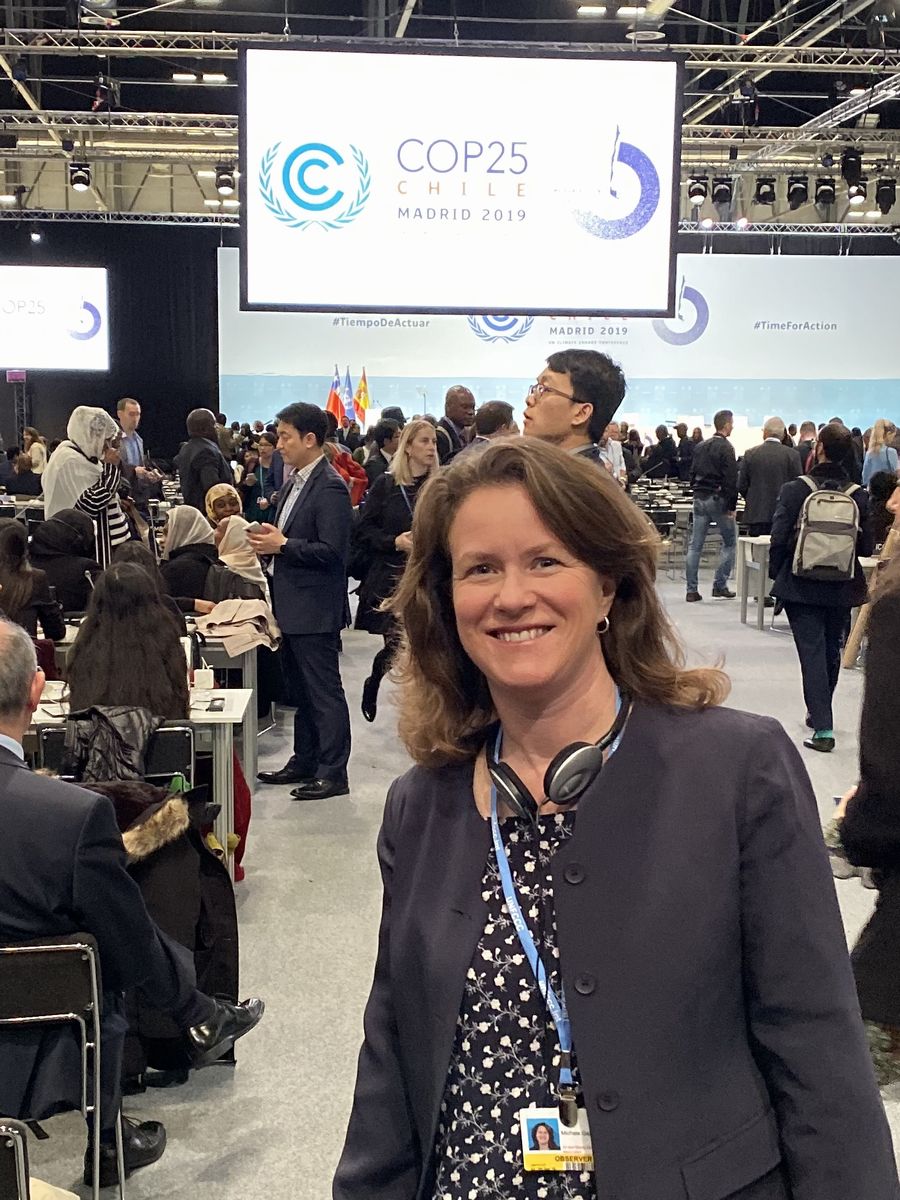 Opening Ceremonies
After the debate on agendas concluded, it was time for the opening ceremonies, which included an opening from President Schmidt and impassioned speeches from the UN Secretary General, His Excellency António Guterres, the Prime Minister of Spain, the Most Excellent Pedro Sanchez, and the IPCC Chair, Hoesung Lee.  All of the speakers echoed the need for action and quoted studies that show the rate of rise in global temperatures and atmospheric carbon dioxide is continuing at alarming rates and even surpassing peaks that were predicted years ago.   There is definitely a significant expectation that COP25 will accomplish what COP24 could not and drive past the negotiating table into actual definable goals for action.  With nearly every session focusing on driving ambition, there is certainly an intent to do so.  Ambition, as defined and used in many of the UNFCCC negotiations, extends beyond the traditional definition that we may think of (a strong desire to achieve something) into a unified desire and goal by the contributing parties, demonstrated through domestic action and international initiatives – to curb the climate changes that are being documented by the IPCC and other groups.  Only time will tell if the Parties are successful at achieving the goals and expectations they've set for this COP and driving the ambition they speak about.

After the opening plenaries wound down, the focus turned to the side events – or technical sessions hosted adjacent to the political negotiations and global climate meetings.  We've focused our attention on three different technical sessions today: Transparency and Ambition in NDCs – A view from AFOLU and Bioenergy
Reported by:  Michele Gehring, 2019 A&WMA President

This session provided discussions on Nationally Determined Contributions (NDCs) related to the land sectors, with focus on bioenergy accounting mechanisms and deforestation impacts.  While 66 percent of the NDCs mention the land sector, only 20 percent provide quantitative targets relative to them.  Therefore, providing a quantitative measure of progress is challenging.  Despite that, most seem to agree that Parties are not on target to reach the goals that were established.

In the bioenergy sector, one of the major weak points in measuring progress is the reporting cycle and ways in which biomass energy are accounted for under the Kyoto protocol and subsequent mechanisms provided under the Paris Agreement and the 2019 IPCC Refinement.  While Paris and the 2019 IPCC Refinement did improve accounting issues that Kyoto provided, the results from this study concluded that openings for ambiguity and “missing emissions” still remain.  While there is clear scope for countries to voluntarily disclose this information in the inventory reporting, failure of countries to do so could, according to the study, over-count progress towards the Paris objectives and result in lower ambition than is necessary for marked progress.

In the forestry sectors, speakers from Indonesia and Peru highlighted how the extent of deforestation in their countries drives their ability to comply with NDCs.  Both cited a lack of overall ambition and top-down support to change an industry that is the backbone of both cultures and that is driving development and extension of resources, such as roadways, etc., in the lessor developed sections of their countries.
Transportation and Oil – Phasing Out Diesel Engines and the Fuel they Use to Meet the Paris Agreement Goals
Reported by:  Michele Gehring, 2019 A&WMA President

This session ended up being a loosely organized panel discussion with a lot of heated discussion on the fossil fuel and energy sectors more so than a report of technology development and progress in the electrical vehicle markets.  Despite that, the session highlighted a few interesting points: The Role of CDMs in Decarbonizing Cities and Its Co-Benefits
Reported by:  Jeff Muffat, A&WMA Treasurer and Past-President

I was on the Board of Directors of the Emissions Marketing Association 18 years ago and that's how long CDMs (Clean Development Mechanisms) have been in existence and have become a real instrument to reduce GHGs.  In the early years CDMs took a long time to be certified and even longer to produce real reductions.  The time frames have been shortened somewhat but timing is still a definite issue.

This side event provided a unique opportunity to see what changes in the CDM projects and implementation process have been made over the last 18 years and to see whether it was really working or not.  This session focused on what was new with cities and municipalities and what co-benefits can be achieved from such project.  First off most of the CDMs are taking place in Latin/South American, the Philippines and Indonesia according to the presenters.  There weren't too many projects in North America. This has not changed in the last 10 years since I've been involved.  In addition, cities and municipalities have a much more difficult time developing CDMs because of the upfront costs and the tight budgets given them.  CDMs are better implemented with initial construction projects because they are able to provide funding up-front.

With that still being the case, the presenters provided several examples where CDMs have work to curb emissions in urban areas and provided the opportunity to produce electricity.  One project resulted in enough power to provide electricity for 200,000 homes.

In summary, CDMs seem to be an effective way of reducing GHGs but the certification process is still a little slow even though we now have several templates to use as examples!

Michele and Jeff,: Thanks for covering this important conference and topic for the Association!